Crime Time ~ Forbidden: Dying For Love ~ The Shame of the Father

Forbidden: Dying for Love, Season 1, Episode 1 – The Shame of the Father

Amina Said met Joseph Moreno at a Taekwondo class when they were 15, and they soon fell in love. Amina’s father was from Egypt, and he was very strict. He wouldn’t allow Amina or her sister Sarah to go to the mall, wear makeup, and especially date. Her father planned to take the girls to Egypt after they graduated and marry them off to Egyptian men. Oddly, Yaser’s wife, Amina’s mother, was an American woman. But she bowed to Yaser’s wishes, even allowing him to abuse their daughters.  Because of Yaser’s strictness and violent temper, it was too dangerous for the young teens to communicate via cell phone, so they used notebooks to express their love to one another. Amina always left her notebook at school, to keep her father from finding it. The teenagers talked of getting married, and even chose names for their children.

Joseph’s mother and Amina’s great aunt were interviewed on the show and provided details of how the events unfolded.

One day, Amina accidentally brought the notebook home and her father found it in her backpack. He read the notebook and became enraged. She told him that she was writing about an imaginary boyfriend, that it was just her daydreams, and he wasn’t real. He said if he found out he was real, the consequences would be dire. In their culture, girls who behaved against the family rules were killed. He planted a listening device in her car and overheard her talking to her sister about how she couldn’t believe she was dumb enough to take the notebook home, she’d been so careful to keep in in her locker. She came home from school that day and her father had all of her notes and items from her locker spread out on the table. Amina was terrified. She knew her father would kill her. He played the tape he’d gotten from bugging her car.

Joseph stopped hearing from Amina. Weeks, then months went by. He could not reach her by phone. There was no sign of her anywhere. A few months later, Joseph received an email from her. She told him that he’d gone ballistic that night. He beat her up and demanded to know how to find Joseph. She made it clear that her dad was on the hunt for him. Joseph’s mother found the email and, concerned for her son’s life, she didn’t tell him.

Through continued emails from Amina, Joseph’s mother learned that Amina’s father had put her under house arrest. He watched her every move. Joseph’s mother chose to keep the information from him, trying to protect her son. But, but after a while, she could see the life force draining from him. If he couldn’t be with Amina, he was barely surviving. She arranged for them to get together. Joseph bought Amina a pink cape and said that was her coat of armor. Anytime she was afraid, she could put the cape on and know that he was with her, and that they would be together forever. 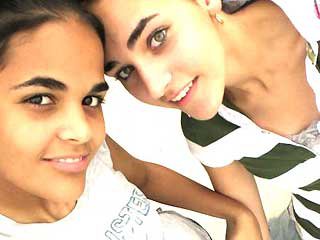 In 2007, Amina got an acceptance letter from UT. Her father said her husband would decide if she went to college. She said “I don’t have a husband.” Her father said, “You will soon. It’s all been arranged.” He’d found a 47 year old man in Egypt for her to marry. Amina said she wouldn’t do it, she was an American and she would not marry him. Her father grabbed a gun and threatened her with it, while her mother and sister watched in horror. Amina told him to go ahead and kill her, she would rather die than marry the man he’d chosen for her. Her mother and sister begged him to stop, and he finally put the gun down. He told them that if they wanted to be American, that was fine. He gave them money and told his wife, Patricia, to take them to the convenience store and buy them anything they wanted to eat. He said it’s what Americans call the last meal that they give to prisoners on death row.

In the car, Amina begged her mother not to take her back, she said he would kill her. Patricia called her aunt who lived in another state and told her they were coming there, that she was leaving Yaser. Amina texted Joseph and said they were going to Kansas, they were getting away from her father and she and Joseph could finally be together. Patricia and the girls arrived at her aunt’s house, and Amina was thrilled to finally be free of her father. The plan was that Joseph and his mother would come to Kansas and get a place.

That very night, Patricia announced that they were going back to Texas. She said it was the anniversary of her mother’s death and she wanted to go put flowers on her grave. Amina and Sarah begged her not to make them go, but she insisted. She promised they’d come right back. The aunt felt bad that she let them walk out of her house that day, but she didn’t believe it would end the way it did.

Even though Patricia promised they wouldn’t go near the house, she pulled into the neighborhood and told the girls that they were going home to talk to their father. She said that he had forgiven them and everything would be fine. Amina begged her not to. She said, “He’ll kill me.” Her mother made her go. At that point, Amina gave up. She knew her fate was sealed. Joseph and his mother were waiting to hear from Amina, letting them know she was ready for them to join them in Kansas. When Joseph got the call, Amina told him they were back in Texas, that they were going back home. Joseph begged her not to go back. She said, “No, it’s over. I can’t fight him anymore. There’s no way out.” Joseph begged her over and over, but she said she had to go. She said that she wished her father could be in her shoes for one day and see the love they shared. She hung up the phone, with him crying and pleading with her. Then, she went into the house.

The girl screaming on the phone was Sarah Said. By the time the police found the taxi where the sisters had been shot by their father, they were both dead, and Yaser had fled.

Articles about the case gave a slightly different account. They stated that Patricia and the girls moved to Tulsa, Oklahoma and set up an apartment. And that they chose to go back so the girls could finish school, and to put flowers on Patricia’s mother’s grave. The father offered to take the girls to get them something to eat, then shot them to death. The articles also state that in addition to the physical and mental abuse, he sexually abused his daughter. 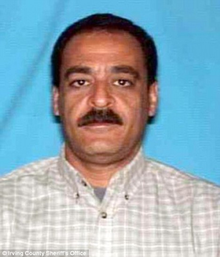 Police were unable to find him. He’s still at large and was on the FBI’s 10 most wanted list for a time.

How disgusting is it that a depraved, evil, coward like that is free after what he did to his beautiful, innocent daughters? Some people think Patricia should have been charged as an accomplice, and I agree. What do you think? Patricia’s aunt claims their mother knew their father was going to kill them. Authorities found no proof of that, but even so, as their mother, it was her duty to protect them, not force them back into the monster’s lair.

[I love true crime shows, and I watch them every night. (Since I write suspense, thriller, and mystery, it’s not a waste of time…it’s research, right? 🙂 ) I love Investigation Discovery and watch many of the various shows, although some are a little too cheesy. However, there are plenty of shows that are done well enough to feed my fascination with murder. Each week, I’ll blog about some of the recent episodes I’ve seen and I’d love to know your thoughts. Let me know if you’ve seen the episode and, if so, what you thought about it.]