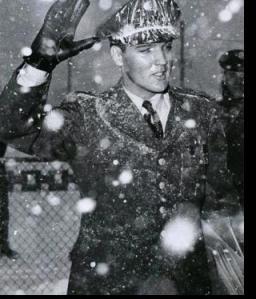 I have always been fascinated by the fact that Elvis was born a twin. The other baby, Jesse Garon, was stillborn. Can you imagine, what if Jesse had been born? Would they have looked alike? Would Jesse have been able to sing like Elvis? Would he have been an entertainer as well, or would it have changed Elvis’ course in life, and maybe he wouldn’t have become an entertainer at all? Throughout his life, Elvis was also fascinated about his twin. Those close to him knew just how much losing Jesse Garon affected him.

Here is a great article by Elvis’ hairdresser and friend, Larry Geller. He talks about how intrigued Elvis was about the fact that he had a twin brother.

I love it when other celebrities talk about Elvis, and this definitely caught my attention. I saw Robert Plant, lead singer of Led Zepplin on Jimmy Fallon recently. Plant is a huge Elvis fan. He speaks with Jimmy about meeting Elvis in 1974. Elvis said he’d heard that Robert sound checked to one of his songs and asked him which one. Robert said “Love Me.” They were leaving and headed down the hallway. Elvis turned around and started singing “Love Me” and Robert Plant sang with him. Plant said, “I could have packed up, quit and gone home right then.” (I paraphrased). Even though I’ve basically quoted the entire interview, here it is if you want to check it out:

Lastly, I have a new release out, and as I’ve stated before, I try to mention Elvis in all my published works. Here is a little snippet from Without Mercy:

China’s house was too quiet. She put on an Elvis Presley CD—finding comfort in the music she and her aunt had listened to when she was growing up—and turned the volume up as loud as it would go. She was heading up the stairs when it occurred to her that the music would mask the noise of an intruder.

Debating for just a moment, she decided the silence was worse, and left the music on. “Danny Boy” blasted around her as she reached the top of the stairs.

Her house was a multi-level, thirty four hundred square-foot Tudor with five bedrooms, a pool, sauna and hot tub. The front was secluded by an overhang of trees, and the back yard opened up into a wooded area. The home was much more elaborate than she could possibly afford on her salary. There were months she could barely make the utilities, and last summer she hadn’t opened the pool because she couldn’t afford the upkeep. But at least she didn’t have to pay a mortgage.

She’d always counted herself lucky that Gary had left her the house as compensation for his abandonment. But now it felt like enemy territory, and the spacious rooms seemed to be nothing more than good hiding places for intruders.

In the bathroom, she turned the shower on as hot as it would go and stripped, stepping quickly inside. Steam surrounded her, the spray so strong, it stung her skin. But that was okay. It meant she was alive.

She wasn’t sure how long she’d been standing under the water. It had turned cold, yet she remained. The strains of “Love Comin’ Down” penetrated through the closed door. She considered getting out, but the cold water was starting to numb her, and that was what she needed. To forget, not to feel for a while.

“China?” A man’s voice bellowed her name at the same time the bathroom door flung open, slamming against the wall. She screamed as the shower curtain was yanked back. 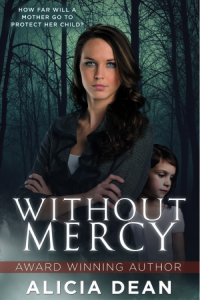