As a writer of mystery and suspense, I have always kick started my novels with a single murder. Lately, however, I find myself wondering if I should sprinkle my plotline more generously with random corpses. Does “the more the merrier” apply to literary murders? Like that breakfast stewed-prune-conundrum: Are three enough…six too many?

I enjoy cranking out mayhem as much as the next mystery writer, but the question remains: would killing off a swath of characters heighten tension, or merely normalize it? Might an inundation of innards and gore compel my Reader to chew her nails from story’s beginning to end, or make her yawn? Worse, would it tempt her try to figure out how to get her money back?

I tap an index finger against my chin.

As every psychologist knows, with repetition, the bizarre becomes the norm. No doubt a survival mechanism at its root, even the strangest behaviors and most horrific experiences, if repeated often and long enough, ooze amoeba-like into the predictable category. And as every suspense writer on the planet knows, not only is a predictable book a waste of their Reader’s time, but it emblazons a scarlet P on the author’s chest.

What if the real question is a matter of genre? Perhaps, as a pop-up ad on one of my social media feeds recently suggested, I should take a hard look at writing Horror. I stare into space as my inner Stephen-King-wannabe chews over possible story lines.

“But Mystery and Suspense is where my voice belongs,” my Inner Writer points out. “It scratches an itch like no other genre.”

“True,” I respond. “What do you think?” I ask my Antagonist.

“We should kill everyone,” she says. “…especially Miss Prissy Protagonist.”

My shoulders relax, and I stop grinding my teeth. Whether I decide on a single murder or insert a serial killer into my story, whether I dispose of one character or take out a million – I must make the action plausible. It must make sense. And it must offer a complete, logical answer to the question: Why?

I can build a world of my choosing. To paraphrase William Bonney, aka Billy the Kid, I’ll only ever kill the ones that need killing.

Fingers to keyboard, I begin:

Thank you, Olive. Your articles are always so entertaining. Love this! And congrats on this prestigious award…

with the personal essay titled

Feisty sixty-year-old twins Dix and Lil Ruiz share a house, but little else. When Dix witnesses the murder of a software-coding guru known for exposing cyber-crime, she is determined to find the killers while her sister warns against getting involved. Suddenly catapulted into a feud between a crew of cold-blooded cybercriminals and a mob boss, the twins must fight for their lives. But how can they survive when both sides want them dead?

Excerpt: Dix stepped onto the porch, her hand raised as if to stop the speeding car. “Henry, look out,” she yelled. A puzzled look on his face, Henry turned toward the vehicle just as it smashed into him. The force of the blow catapulted him over the car’s hood and sent him airborne with his arms and legs flopping like a man-sized rag doll. He landed on the asphalt with a muffled whump, then lay still. Its tires spinning on the asphalt, the weaponized car fishtailed a couple of times then shot up the street, leaving behind the smell of burning rubber. 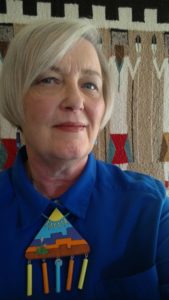 Author Bio:  Olive Balla, author of three suspense mysteries and a firm believer in the adage that it is never too late to follow your dreams, began writing for publication at the age of sixty. A fifth-place winner in the 2020 international Writer’s Digest Personal Essay contest, she nears completion of her fourth novel titled Murder in Amber. Ms. Balla lives in a village in New Mexico with her husband and their bossy dog Dazee. Read her prize-winning essay in her blog at: www.omballa.com.