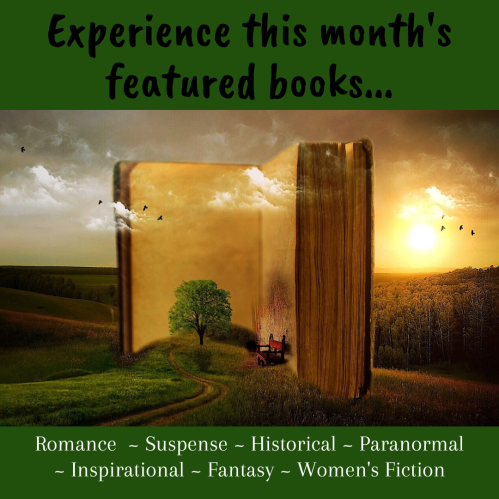 Rural Texas in 1886 was as far from the academic life of Chicago’s University and its training hospital as a woman could get. Tess McLeish, who had been invited by Dr. Waverly to join his practice and his life as his wife, now finds herself waiting in Forever, Texas while he decides between her and another.

Tall, beautiful and slender, she dressed like a boy and fought like a warrior and won Laird Macgregor’s interest in a single moment. Jillian was fighting to protect her father and save her heritage – could she trust a Highlander to help her?

When the train US Marshal Reese Calhan is riding on explodes, he is one of two survivors. Trouble is, the other survivor is the woman who betrayed him years ago. A woman he thought was dead. This time he will not fall prey to her wiles. He’ll see the vixen jailed for her crimes if it kills him. Recovering from a recent jilting and now a train explosion, Shanna Johnston has no idea why the handsome stranger insists he knows her and calls her by another woman’s name. His heated looks and knowing kisses spark a fire in her she cannot ignore–even as her own mysterious past is closing in.

Annabelle Crouse is determined to reopen her great-grandmother’s boarded-up house–and her shunned life. Many years earlier, after an unexplained absence, Julianne was relegated to a separate home by a rigidly unforgiving husband, and the Crouse women have suffered the disgrace of her assumed guilt ever since.
Despite her family’s strong disapproval, Annabelle is driven to pursue her mission through cobwebs and dust, finding the clues and the coded story left behind by her great-grandmother — Why did she go? And why did she return? Annabelle has to know.
Only one person, a man she grew up with but never noticed, stands with Annabelle as she discovers the parallels between her story and her great-grandmother’s–two women, generations apart, experiencing what love truly is.

With her stepfather’s sudden death, Lady Anastasia Covington goes from living a privileged lifestyle to selling vegetables in the village marketplace in the blink of an eye. Alone and at the mercy of her nefarious stepsister, she yearns for love and acceptance.

Disguised as a simple soldier, Prince Percival catches a dark-haired emerald-eyed beauty in his arms. He is bewitched. The more he sees her, the more intrigued he is by her contradictions. Forced to keep his identity a secret, he must somehow convince Lady Anastasia he is the right man for her.

But time is running out. Lady Anastasia’s mother is determined to find a proper suitor and see her wed –and someone wants her dead.

After one concussion too many, Ben Leit is done as the NFL’s golden boy quarterback. Then his father, who was about to expose a bombshell sports scandal, is murdered.

Mimi Fitzroy, CIO for Rex Sports International, panics as she discovers thousands of stolen emails that prove Rex is breaking federal laws—big time. As Ben and Mimi work together to find a killer, they also find a connection they weren’t expecting and didn’t want.

They are headed for an explosive showdown in Seattle…and not everyone will walk away.