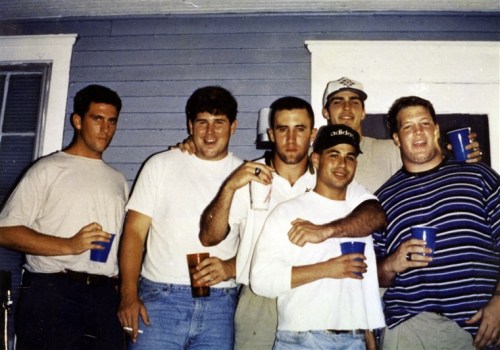 A group of University of Kentucky students were hanging out, celebrating the twenty-first birthday of Trent DiGiuro, a well-liked student at the university. Trent was a football player but, at 6’2 and 260 lbs., he was told he was too small and too slow to play. But, he went out and tried anyway, giving it all he could and holding his own with the other, bigger players. He was thrilled when he made it on the team.

At around 12:30, when the party was starting to wind down, a shot rang out. Shawn, one of the friends, asked Trent DiGiuro if he’d heard it. It was in that moment, he realized Trent had been shot. A friend held a shirt on Trent’s head as they waited for an ambulance.  The shirt was immediately soaked in blood. Although Trent was rushed to the hospital, he died—the coroner stated that he died within seconds of being shot.

All of the partygoers were interrogated and tested for gun residue. They told of some guys who drove up in a pickup and wanted to crash the party and were told it was a private party. That ended up leading nowhere. It was determined that the shot, which was directly into Trent’s ear, came from a distance, most likely from a spot above where Trent was located. People wondered if UK football players were being targeted.

For two years, the investigation went unsolved. Then, authorities received a call that they should check out a student named David Cante. They went to David’s house and were shocked at what they found. It was clear that Cante had an unhealthy interest in Trent DiGiuro. They not only found a cache of weapons; they found a rifle that was similar to the one that killed Trent. They also found several paper plates with creepy messages written on them, including one that said he and Trent were twins. He seemed to be obsessed with the victim, which raised a red flag. But, when they dug deeper, they found no connection between Cante and Trent’s murder.

Three more years passed without a break in the case. The story was featured on America’s Most Wanted, which brought in a ton of leads. None of them resulted in anything worthwhile. Then, in January 2000, an attorney called police and told them he had some information from someone who wished to remain anonymous. The attorney gave them the name of Shane Ragland. They learned that Shane was another student at the university. The anonymous source said the motive was Shane being blackballed from a fraternity. Police spoke to a friend of Trent’s who said he was pledging with Shane and Trent was there. On the wall was a calendar of college girls. Shane pointed to one and said he’d slept with her. She was a friend of Trent’s and the girlfriend of the president. Later, the president confronted Shane and he was blackballed from the fraternity. Shane blamed Matt and went after him, attacking him in a bar. When Trent learned of the attack, he called Shane and told him that Trent was the one who told the president. He said if he had a problem, he should take it up with him. Unfortunately, those words sealed Trent’s fate. 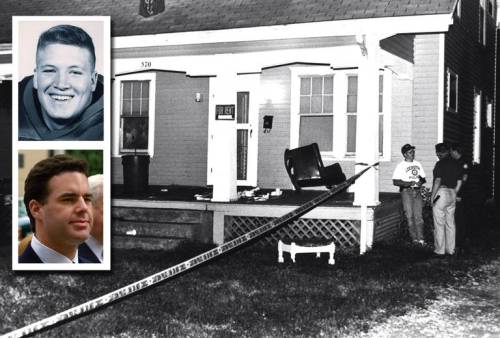 Even though this seemed like a minor conflict and shouldn’t have led to murder, it was the only thing police had. Police thought Ragland sounded like a solid suspect but couldn’t go anywhere without knowing the identity of the source. They convinced the attorney, who gave them her name–Aimee Lloyd, a former girlfriend of Shane. She told them she and Shane were out drinking one night and they played the game, “What’s the worst thing you’ve done?” When it was Shane’s turn, he said he’d shot someone. He told her he killed Trent. He even showed her the rifle he’d used. And made her promise she’d never tell anyone. For five years, she kept the promise, Then, one day she read an article about the anniversary of Trent’s death. All she could think about was what his family was going through and knew she had to do something.

She agreed to work with police on a sting operation. They set up a ruse that Aimee would email Shane to establish contact. She did, and they began to communicate frequently. Shane suggested they meet get together some time, and Aimee agreed. She told him she would have a layover in Lexington if he wanted to meet with her. Aimee met with Shane in a lounge at the airport. Some of the other patrons were undercover cops, and Aimee was wired. Police had gone in the night before and set up the bar so they could record audio.

At first, they talked about old times, then Aimee began to cry. She said, “Something has been bother me, something you told me a long time ago, and I wish you never had. I need to know how you feel about it, so I can find out what kind of person you are before we go further.” He told her that he regretted it. She asked if he was ever going to do anything about it and asked if he could live with himself. He told her he didn’t have a choice. Then, he said, “You’re not setting me up, are you?” Aimee nervously laughed off the question, then said goodbye and headed to her flight, a nervous wreck.

The confession was enough to get a search warrant and they found a rifle that was the same caliber as the one that killed Trent. They arrested Shane. When he they interrogated him, he refused to admit he killed Trent.

Shane’s wealthy father posted his 500,000-dollar bond and hired the best attorney. Aimee took the stand at the trial and Shane’s attorney cautioned the jury to be careful believing her. They had Aimee’s diary and read extremely personal, explicit entries she’d written about hers and Shane’s sex life. Shane’s defense claimed that a person with behavior that racy couldn’t be trusted as a witness. Ugh, that’s outrageous. I’m shocked the judge allowed it. They had his freaking OWN words saying he regretted killing Trent, yet they put forth a defense like that?

The jury found him guilty and he was sentenced to thirty years. However, a motion was filed by Shane’s attorneys, claiming that one of the ballistics experts gave false testimony. His guilty verdict was overturned. After discussing the option with Trent’s family, prosecutors offered Shane a deal. He plead guilty to manslaughter. With time served, he walked out a free man. So disgusting. His family wasn’t thrilled with the plan but said they didn’t have much choice. I’m not sure why they didn’t. It seems to me that they had a pretty solid case and should have tried it again. Although, they did get the satisfaction of having Shane admit he killed their son.

Aimee Lloyd was so terrified Shane would seek revenge that she went underground. She had to change her identity and completely disappear.

Not wanting Shane to live a life of luxury and enjoy his daddy’s millions, the DiGiuro family sued Ragland, and in 2008, the family was awarded $63.3 million, including $3.3 million in lost wages. It was the largest amount awarded in Fayette County and the second largest ever in Kentucky. 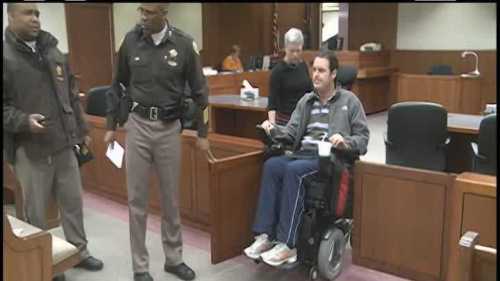 In 2012, Ragland sustained a spinal cord injury in a traffic accident where he was driving too fast on wet roads and not wearing a seatbelt. He has been confined to a wheelchair since. I guess Karma is indeed a bitch. However, it doesn’t seem he’s learned his lesson. In 2015, he was in Court on charges of domestic abuse for beating his girlfriend and her children. His only consequence was that he was ordered not to be around the children, although the woman stayed with him. Sometimes, the things people do amaze me.

[I love true crime shows, and I watch them every night. (Since I write suspense, thriller, and mystery, it’s not a waste of time…it’s research, right? 🙂 ) I love Investigation Discovery and watch many of the various shows, although some are a little too cheesy. However, there are plenty of shows that are done well enough to feed my fascination with murder. Each week, I’ll blog about some of the recent episodes I’ve seen and I’d love to know your thoughts.]