Crime Time ~ Fear Thy Neighbor ~ “Home is Where the Hearse is”

Fear Thy Neighbor ~ Season 1, Episode 5,  “Home is Where the Hearse is”

In 1983, after serving in the military, Jimmy Escoto returns to his Cuban neighborhood in Miami to live with his mom, his stepbrother and his eight-year-old son, Anthony.  The neighborhood is an idyllic, respectable area where the friendly residents get along well.  Older neighbor, Baldomero Fernandez, and Escoto soon become friends. Jimmy is trying to put himself through nursing school, and Fernandez hires him to do odd jobs around his property.

Finally, Jimmy realizes his dream and graduates nursing school. He gets a job and no longer has time to help Fernandez. Fernandez, who was involved in local politics and was friends with the mayor, sees himself as someone who has earned respect. Not only does Jimmy refuse to work for him, he hosts parties, parades a string of women in and out of his home, and parks a truck he’s restoring on a strip of property between their houses that Baldomero claims is his. When Jimmy will not obey Baldomero’s demands that he keep off of that piece of land, Baldomero builds a fence. Jimmy calls the assessor’s office. A rep comes out and determines the area does not belong to Baldomero and the fence must come down. However, that ruling is quickly overturned, most likely due to Baldomero’s friends in high places. Not long after, the rep is fired and it is determined the land belongs to Baldomero after all. 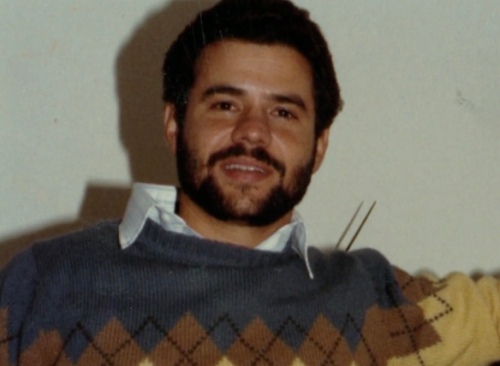 This is just one of the many feuds that would transpire between these neighbors who were once friends. Baldomero seethes with rage and watches Jimmy’s every move, calling the police each time he feels Jimmy has violated any kind of law. The police find nothing to charge him with and eventually slap a restraining order against each of them.

Over the next few years, tensions escalate between the two. During that time, Baldomero threatens on more than one occasion that he will kill Jimmy. He even makes the threat to Jimmy’s mother.

In 1986, Jimmy lands a dream job…private nurse to the son of former Miami Dolphins linebacker, Nick Buoniconti. In 1985, when he was nineteen and a linebacker himself, Marc Buoniconti was injured in a game between Citadel and East Tennessee State when he hit, helmet first, into another player’s back. After the hit, he lay motionless on the ground. He was rushed to the hospital where it was determined he had suffered a dislocation between the third and fourth cervical vertebrae. His spinal cord was crushed, and he was paralyzed from the neck down. 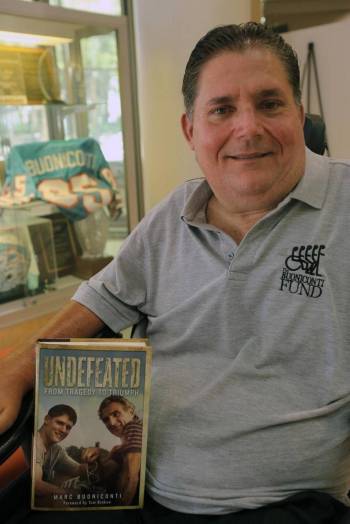 Marc was interviewed on the episode and he credits Jimmy with getting him off the respirator. He pushed and encouraged Marc and Marc made remarkable progress under his care. Marc spoke of Jimmy’s kindness and his caring, selfless nature. Jimmy’s son, Anthony, now a grown (and might I say, very handsome) man, was interviewed on the episode as well and told about what a great father Jimmy was and how much he still misses him.

Three days later, on October 4, 1986, Jimmy’s son, Anthony, was out riding his bike and didn’t come home when Jimmy thought he should. Jimmy went out looking for him and when he returned, Fernandez was parked in his car, on Jimmy’s lawn. Jimmy approaches the car and curses at Fernandez, telling him to leave. Instead, Fernandez pulls a gun. Jimmy doesn’t think he will shoot him, and he doesn’t back down. Fernandez pulls the trigger.

Injured and shocked, Jimmy stumbles back, begging for his life. Fernandez climbs out of the car and continues firing. Jimmy runs. Weak and losing blood, he runs up onto a woman’s lawn. The woman sees the man chasing Jimmy, brandishing a weapon, and she rushes inside to call the police. As she is begging them to hurry, Fernandez runs out of bullets. Jimmy staggers away, but Fernandez chases him down and beats him with the butt of the pistol.  Fernandez’s wife arrives on the scene and takes the gun away from her husband. At that point, Fernandez picks up a cement slab and slams it into Jimmy’s head, over and over. The police finally arrive and Jimmy is rushed to the hospital, but it is too late. Jimmy Escoto is dead. 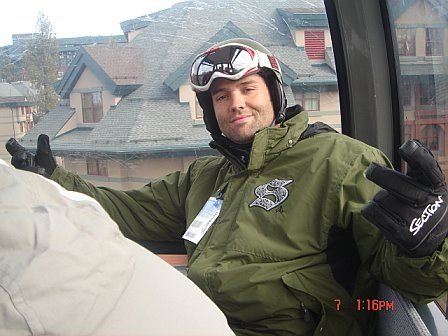 Anthony Escoto, who is now a Miami Firefighter

Fernandez was arrested and charged with second degree murder. He claimed he feared for his life and that Jimmy had attacked him with a chain. On the program, the Chief of Police stated that Fernandez was checked for injuries from the chain he claimed Jimmy hit him with, and there was no indication of any injury.

The community for the most part supported Fernandez. Among his supporters was the mayor of Miami. Fernandez was sentenced to seven years in prison, but he only ended up serving three.

In my research I found stories that spoke of ‘vigilante justice’ and how the ‘criminal became the victim’ and all the support that Fernandez had. I know there is more than one side to every story, but the facts that were presented in the program–from people who were around at the time, including the chief of police–indicate that the feud went both ways and the violence that erupted that day was all on Fernandez. He not only shot Jimmy, he stalked him and beat him repeatedly, crushing his head with a cement block as Jimmy lay helpless on the ground. Fernandez leaves a family destroyed and a young boy fatherless. And, for that, the man serves three years? That, in my opinion, is appalling.

What do you think? Was justice served?

[I love true crime shows, and I watch them every night. (Since I write suspense, thriller, and mystery, it’s not a waste of time…it’s research, right? 🙂 ) I love Investigation Discovery and watch many of the various shows, although some are a little too cheesy. However, there are plenty of shows that are done well enough to feed my fascination with murder. Each week, I’ll blog about some of the recent episodes I’ve seen and I’d love to know your thoughts.]