Please help me welcome Linda Bennett Pennell to my blog today, with a spotlight on her brand new release!

Sometimes our biggest debts have nothing to do with money.

1926. When seventeen-year-old Sam Ackerman witnesses a mob hit, he is hustled out of New York under the protection of Moshe Toblinsky, A.K.A., the mob’s bookkeeper. Arriving in Miami with no money, no friends, and no place to hide, Sam’s only choice is to do as the gangster demands. Forced into bootlegging, Sam’s misery is compounded when he falls in love. Amazingly, the beautiful, devout Rebecca wants only him, but he cannot give her the life she deserves. When Prohibition ends, Sam begs the mobster to set him free. The price? A debt, as Toblinsky puts it, of friendship. A debt that will one day come due.

Present Day. History of American Crime professor Liz Reams has it all – early success, a tantalizing lead on new info about Moshe Toblinsky, and a wonderful man to love. Life is perfect. So what’s keeping her from accepting her guy’s marriage proposals? Confronting a long-standing personal debt sets her on a journey of self-discovery. While she delves ever deeper into Sam’s and Toblinsky’s relationship, her understanding of her own relationships increases as well, but the revelations come at a price. The emotional and physical dangers of her dual journeys may prove too big to handle.

Knocking – sharp, loud, rapid – echoed through the empty speakeasy. Sam froze, the notes of a tune stuck in the roof of his mouth. He glanced at the entrance and leaned the handle of his push broom against his shoulder. Puffs of dust settled on the floorboards around his feet while he remained motionless.

It was late, too late, to be admitting customers, even for the city’s illegal watering holes and gambling joints. Although a thick crossbar and several stout locks protected the heavy iron door, an uneasy feeling crawled down Sam’s spine. Growing tension over control of the Fulton Fish Market, in fact the entire South Street area, was making a lot of people jumpy, including him.

Several seconds passed without noise from the other side of the door. Sam let out his breath and laughed at himself. Working at the fish market in the afternoon then staying up half the night at the speakeasy didn’t leave much time for sleep. It kept him on edge. All the rumors and threats floating around these days weren’t helping either. Inclining his ear and hearing nothing, he relaxed and gave his broom a shove.

Sam’s heart jumped into his throat.

“Open up, Monza. I know you’re in there.” The shout, colored by an Irish lilt, came from the second floor landing accompanied by renewed pounding. “I come to talk with ya. We need to settle this business. I got a proposition for ya.”

Sam’s breathing kicked up a notch as he looked over his shoulder toward the office. The boss didn’t like to be disturbed when he was meeting with his guys. The pounding from outside in the hall returned in earnest, but the office door remained fixed.

“You gonna open this damned door or do I break it down?” The doorknob rattled and jerked.

Behind Sam, the office door clicked open an inch. He watched in the mirror over the bar as the muzzle of a .38 Special emerged from the opening, its nickel-plated barrel glittering in the overhead lights. One of the gangsters stepped into the room, met Sam’s eye in the mirror, and jerked his head, then the room went dark. Sam dropped his broom and backed into an alcove next to the bar. The office door opened wider. Several shadows scurried across the floor. Metal locks and bolts snapped and clanked, then the entrance door swung inward.

Crap. Not one blessed thing gained.

Liz bookmarked and closed the archival records web page she had paid a small fortune to access. Frustration knotted the muscles at the base of her skull. She stretched her back against the living room sofa and rolled her head and neck. Months of research and all she had to show for it was a regurgitation of everything everybody already knew. Maybe she was what she most feared – a one hit wonder destined to fade from her fifteen minutes of glory into ignominious mediocrity.

Jeez. How was that for a pretentious mouthful? Liz’s lips thinned into a smirk accompanied by a quiet snort. Well, at least she could still laugh at herself. Unfortunately, some people might not find her so amusing.

She glanced across the room at Hugh. Liz drummed her fingers against the edge of her computer. He would probably understand if she didn’t meet the deadline. Hugh was a good boss and a good… What? She never knew what to call the man she lived and worked with. Boyfriend sounded so lame, childish even. Boss tended to raise eyebrows. Fiancé would work if she had said yes to his most recent proposal.

Liz sucked the corner of her lower lip between her teeth. Of all the things she had ever thought herself to be, a commitment-phobe was not one of them. And now she was on the verge of disappointing him twice in one week. The new course she was designing could still be taught in the spring, but it would be incomplete as it stood now. She had incorporated a plethora of original details about Al Capone, et al., but new, riveting details on Moshe Toblinsky and the Jewish gangsters were proving elusive. As a consequence, Florida’s Underbelly, 1920-Present: the Mob in the Sunshine State would probably fail to accomplish what the dean expected despite its titillating title. What a depressing thought.

Buzzing against Liz’s thigh made her jump. She dug the phone out of her jeans pocket and looked at the caller ID. Her heart rate kicked up a notch. She slid her finger over the screen to take the call and listened to the monologue coming through the ether.

Liz tapped the end call icon, slumped a little lower into the sofa cushions, and sucked her lower lip between her teeth. Apparently, nothing was going to go right today.

Next to the living room window, Hugh lounged in an armchair with the latest historical monograph spread open on his lap, pretending he hadn’t listened to her side of the phone conversation. When she didn’t speak, he looked up from the book and raised his brows.

“Well?” His voice was kind but direct.

“What was in that call to make you look so stormy?”

Liz sighed and crammed her phone into her jeans pocket. “Aunt Mildred says Daddy is going downhill faster than anyone thought possible, something Mom decided to keep from me. Yesterday, he wandered away from the house and was gone for hours. Mom was on the verge of calling the police when a neighbor brought him home. The neighbor stopped Daddy trying to board the ferry to Whidbey Island. He said he had to report for duty at the naval air station.” Liz hunched her shoulders and shook her head. “He retired from the Navy in 1995.” 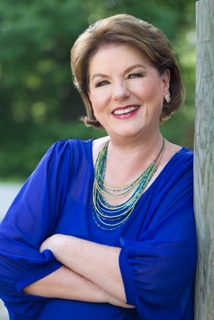 I have been in love with the past for as long as I can remember. Anything with a history, whether shabby or majestic, recent or ancient, instantly draws me in. I suppose it comes from being part of a large extended family that spanned several generations. Long summer afternoons on my grandmother’s porch or winter evenings gathered around her fireplace were filled with stories both entertaining and poignant. Of course being set in the American South, those stories were also peopled by some very interesting characters, some of whom have found their way into my work.

As for my venture in writing, it has allowed me to reinvent myself. We humans are truly multifaceted creatures, but unfortunately we tend to sort and categorize each other into neat, easily understood packages that rarely reveal the whole person. Perhaps you, too, want to step out of the box in which you find yourself. I encourage you to look at the possibilities and imagine. Be filled with childlike wonder in your mental wanderings. Envision what might be, not simply what is. Let us never forget, all good fiction begins when someone says to her or himself, “Let’s pretend.”

I reside in the Houston area with one sweet husband and one adorable German Shorthaired Pointer who is quite certain she’s a little girl.

History is filled with the sound of silken slippers going downstairs and wooden shoes coming up. Voltaire