Mary Morgan ~ OATH OF A WARRIOR, Legends of the Fenian Warriors, Book 2

Please help me welcome Mary Morgan, with her new release, and an interesting post about research and her inspiration…

I have always been fascinated with Celtic Mythology, so it only made sense that I would develop and expand the world of the Fenian Fae Warriors. Theirs was a world rich in legends, colors, and senses. I’ve based my own fictional account on the legend of the Tuatha de Danann—one of the invasions of Ireland. They were known as the Shining Ones or the Fae. And I’m not talking about the demure faeries you’ve seen portrayed in Victorian stories and artwork. These Fae are generally described as tall with red or blonde hair, blue or green eyes, and pale skin. Of course, I’ve added my own fictional descriptions and ideas within my stories.

The Tuatha de Danann were defeated in two battles by the Milesians, whom historians and scholars alike agree were probably the first Gaels in Ireland. It was agreed that the new invaders (Milesians) and the Tuatha de Danann would each rule half of Ireland. Therefore, it was that Amergin of the Milesians chose that half of Ireland, which lay above ground, leaving the Tuatha de Danann to retreat below. They were led underground by Manannán mac Lir, God of the Sea, who shielded them with an enchanted mist from mortal eyes. As time passed, they became known as the Sidhe (Shee), or Ireland’s faery folk.

In doing research for Oath of a Warrior, Legends of the Fenian Warriors, Book 2, I came across hundreds of cases pertaining to witches and the witch trials in Scotland. The records of Scotland’s witch trials spanned a period of over 200 years during the 16th and 17th centuries. However, I did find evidence of several women being burned, or executed in the late 15th century. This was a dark period in Scottish history, exposing a culture of fear and panic that cast a cloud over much of Scotland.

Some of the charges brought against these individuals ranged from belonging to a coven, receiving herbs from the Queen of the Faeries, and using charms against another person. It did not matter if you were a servant or upper class, either. If you wanted to rid yourself of someone, all you had to do was accuse a person of being a witch.

The heroine, Erina MacIntyre, was a wonderful character to write and one I knew who would appeal to my Fae hero, Rory MacGregor. She loved her garden and animals, tended to those who required healing, made love charms, and believed in the old ways. A perfect combination for any to accuse her of dealing in the black arts. Yet, she never saw herself as a witch. Only someone who was different. Sadly, even in this century, we tend to look at others who do not walk the same path as the majority as odd.

I hope you’ve enjoyed my own twist on history, legends, and mythology. As I’ve often stated, “history is only as good as the bard weaving the tale.”

“You met them in the Order of the Dragon Knights. Now, journey to the realm of the Fae and witness their legends!”

Fenian Warrior, Rory MacGregor’s love conquests are legendary, but he has never spoken of the one mortal female who captured his heart. After his dark secret is finally revealed, he is ordered to return and seal the wounds left open by her death. Yet, he finds the timeline altered and swears an oath to rewrite fate, even if it brings about his own death.

Erina MacIntyre is known for her healing herbs and love charms. Determined to aid others, she refuses to listen to the whispers that call her a witch. When a Highlander steps forth into her path, he ignites a thread of strange familiarity and sparks a flame of desire she is unable to control.

Can the destiny of two lovers find love once more among the ashes of death and betrayal? Or will history repeat itself, leaving a scorching path of destruction for both mortals and Fae alike?

“Erina, mo ghrá,” he groaned, taking her mouth with savage intensity. She tasted of honey and spices, filling him completely and easing the torment that continually plagued him.

Breaking free, he placed his hands on either side of the door. Giving her all of him required something more from Erina. Without the assurance of accepting him for what he was, Rory would be a lost man.

“Are ye certain ye want to ken all of me? I want ye as sure as the sun rises and sets over the land each day, but ken this, Erina—there is more to me than a simple bedding. There are things about me that might frighten ye. What I’m about to share with ye may cause ye to question my existence, or worse, my sanity.”

Her laugh was seductive and soothing as she wrapped her arms around his neck. “From the moment ye stepped through those trees that first day, I realized ye were not like any man I had encountered. It was as if the trees parted and ye came forth from inside them.” She brushed her fingers along his brow. “For one, ye have the most mesmerizing eyes and they shift colors.”

Her face turned a rosy glow, yet, she held his gaze. “I thought your body chiseled from the old Gods, especially with all the markings on your back and arms.”

His gaze swept over hers. “I am nae God, Erina, though some would call me a demon.”

She traced a finger down along his arm and shook her head. “Ye are not a monster, but I am nae fool. Ye are not like other men, Rory. I have seen the markings on your body elsewhere.” Her finger curved around his shoulder and he trembled. “They are similar to the ones on the standing stones carved by the ancients.”

Rory fought the tide of emotions sweeping through him. She had come to the conclusion all on her own. “And ye would not flee if I told ye I was one of those ancients? One where the bards wove tales of giants who lived thousands of years ago among your own people? Others would call the story incredulous and filled with heathen words.” He held his breath, fearing her reply.

The smile she gave him speared straight to his soul. “Nae. I would not flee.” 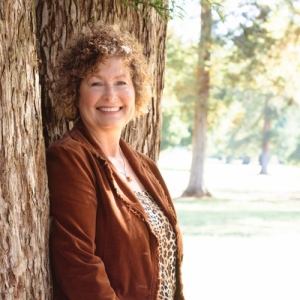 Award-winning Celtic paranormal romance author, Mary Morgan, resides in Northern California, with her own knight in shining armor. However, during her travels to Scotland, England, and Ireland, she left a part of her soul in one of these countries and vows to return.

Mary’s passion for books started at an early age along with an overactive imagination. She spent far too much time daydreaming and was told quite often to remove her head from the clouds. It wasn’t until the closure of Borders Books where Mary worked that she found her true calling–writing romance. Now, the worlds she created in her mind are coming to life within her stories.

If you enjoy history, tortured heroes, and a wee bit of magic, then time-travel within the pages of her books.

16 responses to “Mary Morgan ~ OATH OF A WARRIOR, Legends of the Fenian Warriors, Book 2”