One rapturous hour sparks unforgettable passion between Lady Nicola and Fawkes de Cressy. The memory of their time together enables Fawkes to survive the horrors and perils of the Crusades and gives Nicola the hope and strength to endure a brutal marriage.
Fawkes returns to rescue the woman of his dreams and finds Nicola enmeshed in a dark web of castle intrigue. Fawkes is so altered by the hardships and cruelties of war, that Nicola fears to trust him with her secrets or her heart.
Surrounded by enemies, the battle-hardened knight and the aloof, wary woman must rebuild the bond between them. Only if they dare let the soul-stirring magic their bodies share grow into love can they escape the sinister plot that threatens to destroy them both.
******************************************
Island in the Forest (Shrouded Thrones Book 1) by Jeanne Hardt

Olivia has lived her entire life behind the walls of Padrida, a kingdom unknown to the rest of the world. As the king and queen’s only heir, she is destined to rule. Though given all that she needs, she wants only one thing.

Boredom plagues Prince Sebastian of Basilia. The realms have been at peace for more than a century, and he has little to occupy his time. He journeys to Black Wood, seeking adventure. The dense forest has a dark reputation, and Sebastian intends to uncover the truth of the many horrific tales that have troubled him since childhood.

He finds something else entirely.

When widower Rich Redman returns to Pennsylvania with his young daughter to sell his deceased grandmother’s house, he discovers Grandmother Gertie’s final request was for him to find a missing relative and a stash of WWI jewels.

Torrie Larson, single mom, is trying to make her landscape center and flower arranging business succeed while attempting to save the lineage of a rare white rose brought from Austria in the 1900s.

Together, the rich Texas lawyer and poor landscape owner team up to rescue the last rose and fulfill a dead woman’s wishes. But in their search to discover answers to the mysteries surrounding them, will Rich and Torrie also discover love in each other’s arms? Or will a meddling ghost, a pompous banker, and an elusive stray cat get in their way?

After five years of hell with an abusive husband, Natasha Hartford vows never to trust another man. Then she stumbles onto a murder scene and meets sexy, stubborn Homicide Detective Chase Brandon, a take-no-prisoners tough guy who’ll settle for nothing less than the truth. Sparks fly, but Chase’s suspicions and Natasha’s innate distrust block the way to happiness.

The detective struggles with his own troubled past and is determined to find the truth behind the shadows dimming Natasha’s eyes. As more murders occur and a possible connection to her ex-husband appears, Chase fears her life is in danger.

Natasha and Chase race to find the killer before he strikes again. Their survival depends on their willingness to overcome their mistrust of one another. Will they overcome their fears and find love again? 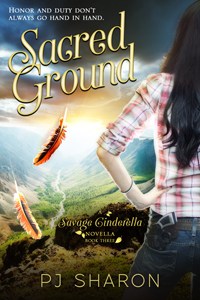 Kidnap survivor turned rookie cop, Brianna Hathaway, and friends Justin, Cody, and Dani embark on a quest to search for a missing Marine, believed dead after having disappeared from his unit in Afghanistan. When he’s reportedly seen at a protest in Wyoming, where Native Americans are at odds with a mining company bent on destroying what could be a sacred burial ground, it’s up to Brinn to discover the truth and help the local tribe find justice.

But life becomes complicated when Brinn and the two men vying for her affections are forced to take on the corrupt mine developer and his hired guns—one of whom could be their missing Marine. Can they take on the powerful industrial complex to save sacred tribal lands from certain destruction? Will Justin and Cody’s friendship survive the truth?

Emerald Mountain Ski Hut Caretaker Morgan Monroe doesn’t do casual relationships. Not anymore. Certainly not with the obnoxious, flirty, too-hot-for-his-own-good chef she’s wanted to strangle all season. He’s the kind of man she wouldn’t date in a million years, even if he were the dating type.

Chef Dan Griffin doesn’t believe in relationships. But a one-night stand to celebrate the end of ski season? Hell yes! Especially with the gorgeous caretaker. She’s sexy but melt-in-your-mouth sweet, the kind of woman who could convince a man to get serious…if he were the relationship type. She kept her distance all winter, but he’s hoping he can convince her to get closer for one night of passion.

When things heat up on a cold winter’s night, will they play it safe or follow their hearts?

Jeff discovers an enchanted ring that sends him back one hundred years to the Chicago World’s Fair of 1893. When Jeff meets Melody, a twin to his late wife, he feels he has a second chance with the love that was taken prematurely. However, he is unaware that dark forces are at work around him.

******************************************
My Fake Vegas Boyfriend by Lori Sizemore
1958 Las Vegas.
She can ruin his career.
He can save her freedom.
What’s a little blackmail between strangers?Layla Rosas has been burned too many times—by her cheating ex, her narcissist mother, and now her father who’ll put her in an asylum, for good this time, if she can’t settle down and be a good girl. She needs a quality boyfriend—now—to convince her dad she’s back on the straight and narrow.Jace Russell is good at his job: keeping the wealthy elite who visit his casino safe and happy. When a photographer snaps career-ending shots of a client, it’s Jace’s duty to do whatever it takes to stop those photos from hitting the press.Layla didn’t intend to take compromising shots, but that doesn’t mean she won’t use them. When Jace realizes a few fake dates are all she wants in exchange for the negatives, he’s all in—with the added agenda of getting the crazy but beautiful woman between his sheets. But Layla refuses to gamble her heart on the toe-curling kisses of a fake boyfriend. It’s just a few dates. How hard can it be?
******************************************
On the Surface by Margo Hoornstra

Wrongly convicted ex-con and recent parolee Jenny Reynolds wants to forget her tarnished past and focus on a brighter future. One that begins with a return to the small tourist town where she grew up. The restoration of her family’s once proud Rest Easy Bed and Breakfast is the only thing on her mind. Fleeing an ex who refuses to let her go, what she doesn’t need to complicate her already problematic life is another man.

Enter handsome handyman Brad, a man who seems to care as much about restoring the B and B as she does. A man who soon becomes ready, willing and able to steal her heart. A man, as it turns out, with more than a few secrets of his own. A dropout from law enforcement, the real Brad Collins will use anyone and anything to fulfill a personal vendetta.

When two pasts collide and danger threatens, their budding love for each other may be the first casualty.

When hotel inspector, Tallulah Thompson, is called in along with her pug, Franny, to investigate renovation delays, she meets an extremely annoyed and dapper turn-of-the-century innkeeper. The only problem is he’s in limbo, neither dead nor alive, and Tallulah and the pug are the first to see him in a hundred years.

Cursed by a medicine woman, “Love ‘em and Leave ‘em Lucius” Stewart is stuck between worlds until he finds his true love and gives her his heart. When he first sees Tallulah, he doesn’t know what he’s feeling. Yet, her stunning beauty, and feisty attitude pull him in.

With the fate of Hotel LaBelle on the line, Tallulah with the help of a powerful medicine woman turns Lucius back into a flesh and blood man. She and Lucius team up to save the hotel, but Tallulah can’t help but wonder if he will ever let go of his past love and learn to love again.