Ramblings of a Lifelong Elvis Fan – Part 61 – Elvis the Lonely

It’s difficult to understand why, but in spite of Elvis’ fame and the hordes of people who were almost always around him, he was actually very lonely. I think maybe that’s one of the reasons he surrounded himself with so many people, to fight that loneliness. I remember reading this story a while back, from a member of his entourage although I don’t recall which one, (this is the way the story was relayed):

“Elvis had been ill with a cold and he was in the music room playing gospel songs on the piano. I walked into the room and said, ‘How are you feeling, Elvis?’ 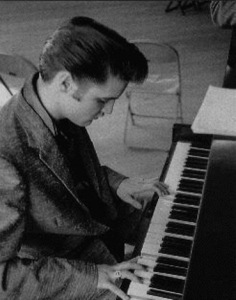 Many people who knew him have told similar stories. Longtime girlfriend Linda Thompson said Elvis told her that he was intensely lonely on the inside.

From friend, hairdresser and confidante, Larry Geller (taken from this website:  http://elvispresleybiography.net/index.html)

“Elvis sat in silence for a moment with his eyes fixed on the ground, then looked up at me. ‘No one knows, Larry. No one knows, an’ it might surprise you just how God-awful lonely I get, how empty my life feels sometimes.'”

When I first heard Elvis sing ‘I’m So Lonesome I Could Cry’ back in 1973 during the Aloha from Hawaii concert, and he began with, “I’d like to sing a song that’s probably the saddest song I’ve ever heard” it had a huge impact on me. He’d done Don’t Cry Daddy, In the Ghetto, Long Black Limousine, Mama Liked the Roses, and no doubt heard countless sad songs in his life, yet a song about loneliness was ‘probably one of the saddest’ to him.

Watch the clip and listen to the haunting sadness in his voice. 😦 (Pay special attention to what he does at around :46 seconds. I must apologize in advance for the sexiness he throws in there. The man couldn’t do anything, even be lonely and sad, without also being extremely hot and sexy 🙂 )

Here, I’m So Lonesome I Could Cry is sung by Hank Williams, Sr, who wrote it (and was one of the saddest men I’ve ever heard of.) This song was my dad’s favorite, so it makes me a little sad to listen to it, but it’s sort of a good kind of sad, because it reminds me of my daddy. 🙂

Two legends, two men who had so much talent and such a bright future, but were extremely lonely souls who died too young.

I’ve been alone a lot in my life. I live alone, and I spend a great deal of time by myself. But, I can honestly say, I never feel ‘lonely.’ There is a huge difference between being alone and loneliness. So sad that someone like Elvis had to experience it so intensely. 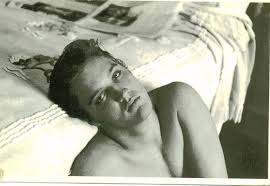 I have to wonder if Elvis feeling lonesome had something to do with his stillborn twin, Jesse Garon. Elvis always felt a part of him was missing, and he wondered what his purpose in life was, why he lived when his brother didn’t, and why fame came to him of all people. Most likely, it also stemmed from losing his mother, at a fairly young age, just when he was making it big. 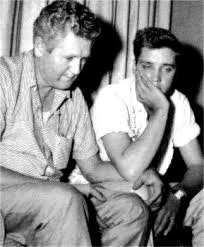 What do you think? Any ideas about what contributed to his loneliness? 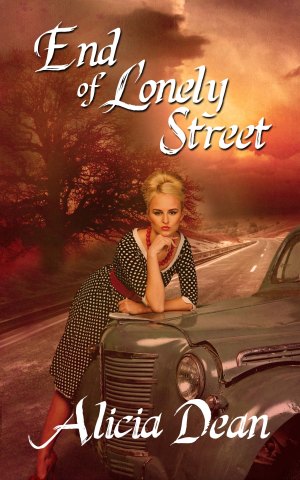