Ramblings of a Lifelong Elvis Fan – Part 36 – Elvis the BadA$$

Today is Friday the 13th, so I thought it fitting to center the post around some of the danger Elvis encountered in his lifetime. What a lot of people might not know is that Elvis wasn’t just a pretty face, a sexy body, an incredible talent, a phenomenal singer/entertainer, etc, etc, he was also a bit of a tough guy. Just the fact that he went into the army and insisted on being treated like any other soldier, pulling KP, marching with a pack, sleeping in the snow, and so forth shows his toughness. But, he was also a Karate expert and had some altercations over the years that demonstrated his badass-ness.

Here is an awesome interview right after Elvis returned to Graceland from the Army. The interview took place in Vernon’s office at Graceland. Isn’t he just so adorable and sexy, yet down to Earth?

A few of the many incidents over the years…

At a concert in Vegas, Elvis was rushed on stage by a group of men who had been drinking all day and listening to their wives and girlfriends go on and on about how beautiful Elvis was. Elvis managed to get in a Karate kick before the men were taken into custody.

George Klein, one of Elvis’ best friends, tells a story of a threat to Elvis while in Vegas that was taken seriously enough that the FBI recommended Elvis cancel his show. Elvis refused to run and hide, but he did ask a few of his guys to be in the audience, armed with guns. At one quiet moment in the show, a man from the balcony yelled out, “Hey, Elvis!.” Elvis dropped into a Karate stance and yelled back, “What?” The guy said, “Sing Hound Dog.” Elvis immediately launched into Hound Dog and later told George it was ‘the best Hound Dog he’d ever done.’

One night in October, 1956, Elvis was at a gas station in Memphis and the station attendant became angry because girls were hanging around Elvis’ car. He became aggressive with Elvis and cuffed him on the back of the head. A fight broke out, and another guy, who was 6’4, jumped in. Elvis took them both on and held his own until police arrived. When the officers asked Elvis for his name, he joked, “Well, maybe you’d better put down Carl Perkins.” 🙂

All three were brought into Court, Elvis was acquitted but the other two were charged with assault and battery and fired. Look at that overgrown bully in the center.

Here are some interesting newspaper articles from the time.

What would be his final incident occurred in June, 1977, just two months before his death, in Madison, Wisconsin. Elvis was riding in his limo and noticed two guys at a gas station (what was his deal with gas stations? :)) attacking a young guy. Tom McCarthy, a Madison detective was in the limo with Elvis and recalls Elvis saying, “Look at those two punks. I don’t go for this two on one deal.” Before anyone knew what was happening, Elvis had bailed from the limo and confronted the attackers, ready to fight. The guys were so shocked and overwhelmed that Elvis was standing in front of them, that they immediately backed off their victim, and ended up shaking hands and apologizing.

How many of today’s celebrities would jump into a brawl to try to protect some stranger? Even though none are as legendary and famous as Elvis, I can’t see them putting themselves in harm’s way like that for their fellow man, can you?

Don’t forget about the giveaway. One commenter on this previous blog post will win: 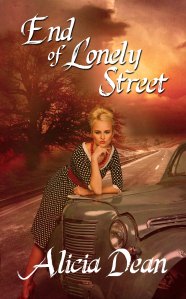