As everyone knows by now, in my opinion, Elvis had it all.

He was insanely gorgeous and sexy. His voice was phenomenal, magical. He could dance, he could act. He was generous and down to earth. And, people who met him said he had this special charisma that was impossible to put into words, impossible to resist. 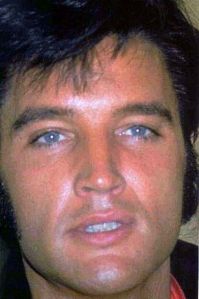 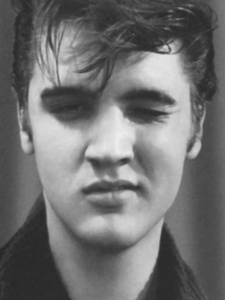 And, Elvis did things that no other entertainers will ever do. Can you imagine performers of today; Justin Bieber, Justin Timberlake, Usher, Bruno Mars, and others like them, taking two years away from their careers to serve in the armed forces? (I guess these are good examples of the currently popular male singers. Either way, you get my point. :)) 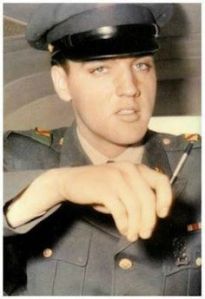 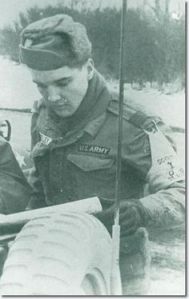 Elvis was so special, that my sister, Ruth, and I had to make a ‘deal’ when we played barbies. Instead of having actual Ken dolls (we didn’t have a lot of money, so we had to make do with just the Barbies themselves), we would have imaginary guys for our Barbie boyfriends. However, since we would both want Elvis, and neither would give in, and it would be unfair for either of us to have him for our BB’s (Barbie Boyfriends), we struck a bargain. Neither of us could pick Elvis. He was just too untouchable, off limits. 🙂 Instead, we had to settle for guys like David Cassidy, Donny Osmond, Bobby Sherman, and so forth. Somehow, we made do. 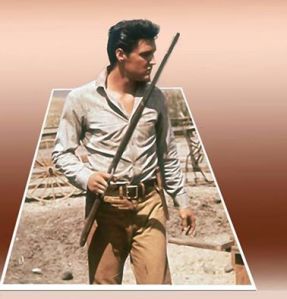 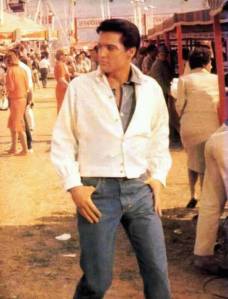 Elvis generosity is legendary. He purchased FDR’s Yacht in 1964, intending to donate it to March of Dimes, but they refused the gift, saying the upkeep was too much. He ended up donating it to St. Jude’s Children’s Research hospital. I’ve heard stories, although I’m not sure how many of them are true, about his giving nature. One story is about a man who saw Elvis and a friend in Memphis one day. Elvis was searching his pockets for a dime to make a phone call. The man gave him a dime, and Elvis asked for his address so he could send him a thank you note. A few weeks later, the man received a letter from Elvis with the news that he’d paid off his mortgage. Of course, the stories about his giving away cars is almost as well-known as Elvis himself. One of my favorites is the story about the black lady who worked as a housekeeper at a hospital in Memphis. She was walking down Union Avenue and saw a stretch limo in front of a dealership with its doors open. She stuck her head in to look inside and commented on what a beautiful car it was. Elvis was in the car, and he instructed the man with him to order her one just like it. I also heard that, In 1975, he bought an electric wheelchair for a poor woman in East Memphis, and that he picked her up and personally sat her in it. The woman’s teenage daughter told Elvis she liked his car. He gave it to her and even gave her boyfriend a job. Even if some of these stories are exaggerated or fabricated, enough has been documented about his philanthropic nature for me to be certain he had a kind and giving heart. 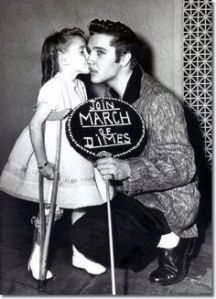 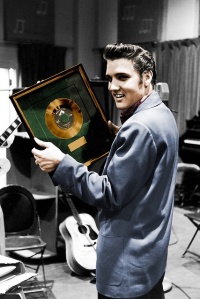 Who is your ultimate celebrity? Why? Is it mainly because of their talent and appeal, or does it go deeper than that?