Amidst a blizzard, paranormal debunker Camille Burditt arrives at Devil’s Promenade in Oklahoma to research a supernatural ‘spook light’ phenomenon for her latest book. There she encounters a ghostly being, which she dismisses as a figment of her imagination. But as the apparition becomes too persistent to deny, Camille realizes the woman’s ghost is quite real—and that her demise was not accidental.

Declan Rush—the inhospitable, reclusive owner of the inn where Camille is staying—is linked to the deceased woman, but he is less than forthcoming. Despite his unfriendliness, Camille is oddly drawn to him, even though she suspects his connection to the spirit might be that of killer to victim.

When another suspicious death occurs, Camille intensifies her investigation. She has precious little time to ferret out the truth. Not only is her book deadline looming—she’s desperate to discover if the man she’s falling for is a murderer.

*** A World of Gothic is a Gothic Mystery Romance Series by authors from all over the world. For information on other titles and for interesting tidbits on mysteries and the authors, check out A World of Gothic Facebook page: 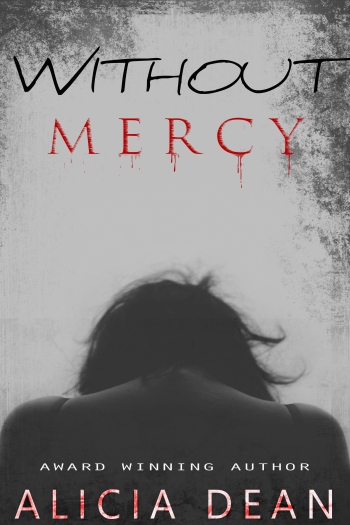 After a violent bank robbery where her boss is gunned down right before her eyes, China Beckett wants nothing more than to rush home to be with her child and put the horrific event behind her. But she soon learns that the nightmare is only beginning.

The same criminals infiltrate her home and take over her life, threatening her young daughter and everyone they love. Each time China makes a mistake, someone dies.

As the full scope of their ruthless plan unfolds, China is faced with a shocking truth. Now she’ll have to decide who to trust, and time is running out. She’ll fight to the last breath to protect her child, but that might not be enough.

A killer is using The Northland Chronicle to announce his victims. When Monroe Donovan, former crime reporter busted down to the obit desk by her boss and ex-lover, receives another obituary with a “wrong” future date, she sees a story.

Detective Lane Brody sees a suspect in Monroe, accusing her of hiding her connection between her ex-lover and the latest victim, while Monroe can’t deny the attraction between herself and the unhappily married Detective. The same kind of attraction that landed her in obits.

Then Monroe walks in on her former lover and his girlfriend, half-naked and being held at knifepoint by the killer.

Now Monroe can only hope Detective Brody stops suspecting her and starts looking for her—before her name appears in the obits. 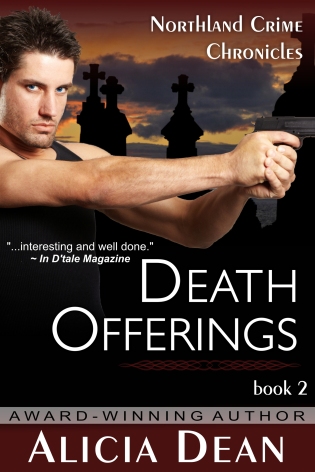 Detective Lane Brody and Monroe Donovan, The Northland Chronicles’ newest female crime reporter, are face-to-face with a chance for happiness. Then Brody’s wife—incarcerated in a mental institution after murdering the man she took as a lover—begins to recover.

Now Monroe wants to put distance between herself and Brody, but Brody is under orders to keep Monroe close in order to nab the Penny Killer who leaves macabre gifts on his victims in Monroe’s name.

As the body count rises and the Penny Killer grows more enamored with Monroe, Brody decides if he can’t spend the rest of his life with the woman he loves, he’ll gladly die to protect her.

Desperate for a new start after a family tragedy, Lily Jackson takes a job in Shoal Harbor, Maine as caregiver to an emotionally disturbed young man. His older brother—the brooding, mysterious Clinton Breckenridge—makes it clear he doesn’t trust Lily and only lets her remain because he has no other choice.

Rumors abound among the locals about the tragic fate of women who become involved with Breckenridge men. When Lily hears eerie moans across the water, she’s told they are the ghostly cries of those ladies. At first, she scoffs at such nonsense, then she learns the younger Breckenridge’s lover has gone missing. Now in danger herself, Lily must use her wits to solve the mystery before she suffers the same end as the unfortunate Breckenridge women. 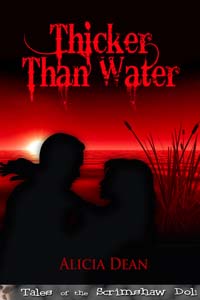 Some secrets refuse to stay buried

A ten-year-old accidental killing and an ancient cursed doll are only part of Julia Bennett’s problems. When she returns to her hometown of Covington, Oklahoma for an old friend’s funeral, she’s thrust into the middle of a murder case–and discovers she never stopped loving her high school sweetheart.

Jake Devlin is now the sheriff of Covington and faced with solving a murder. He isn’t surprised to find Julia in the middle of things. She still seems like the troublemaker whose reckless mistake caused a man’s death years ago–and who broke his heart when she left him without so much as a goodbye.

Jake makes it clear he’s over her, and Julia can’t wait to leave Covington behind. But when another friend dies, she knows she must stay. Can they put the past behind them and stop a killer before he claims another victim?

Can their love survive a hostile teenager and a madman bent on revenge?

After a violent incident in her past, Abby Bishop wants nothing more than to live in peace. She wants it so badly, she ends a relationship with the man she loves to avoid conflict with his resentful fourteen-year-old daughter.

Wil Garrett gave up his career as a bomb squad officer for his daughter, who needed him safe and alive, after losing her mother to suicide. But when evil invades their small coastal town, Wil is plunged back into the violent past he left behind. Now, he must break the promise he made to the two people he loves most in the world…in order to save their lives. 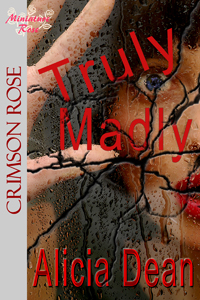 A broken heart drove her away–a family tragedy brought her back.

After her parents’ murder/suicide, Isabelle Connelly returns to her home town to settle their estate. But a year later, with her business concluded, Isabelle still hasn’t left, even though she has every reason to. The townspeople shun her because of her family’s history of mental instability, she hasn’t gotten over her feelings for the man who shattered her heart, and now she’s a suspect in a murder and mysterious house fire.

Someone is out to frame Isabelle for the crimes. Failing that, they plan to make her their next victim.

Detective Samantha Colby’s sole focus is her career, and her job is basically the only thing she’s good at. So, when she lands the high profile murder case of a celebrity television judge, she’s determined to solve the crime quickly. Not only to stop a killer, but it might just earn her that promotion she’s worked so hard for.

Medical Examiner Dexter Hawkins is a Harley riding, smooth-talking, bad boy. One look at him raises all sorts of red flags for Samantha. Long ago, she learned all she needed to know about his type, but it took a painful divorce to drive the lesson home.

Even though she knows better, Samantha finds herself growing more attracted to Dex each day. She soon learns that summoning the willpower to stay away from him might prove as difficult as catching a killer.

Jade DiMarco’s dreams of `happily ever after’ are shattered the night she discovers her husband is a psychotic criminal. After his attempt on her life is thwarted by an unlikely rescuer–the mysterious `El Lobo’–Jade is forced to begin a new life in the Witness Protection Program. Terrified that even the US Marshals can’t stop her husband from finding her, she takes up martial arts and shooting lessons while living under a false identity. Just when she starts to feel in control of her destiny, FBI agent Luke Butler appears, throwing her off balance with questions that sound suspiciously like accusations.