Selling ice cream on a bike cart, Bryson Tanner pedals his way into a double mystery.

Bryson is training for track and field, Olympic trials when his coach’s brother disappears. The police find no cause for opening a case, but Bryson and Coach disagree. What they uncover leaves Bryson cornered, his life at risk. Bryson is also plagued by mysteries of the heart. His ex, Marta, is back and stars in the acting troupe’s weekend show in the park. She’d stomped on his heart once. Could he trust her with it again?
Marta’s co-star, Senona, charms Bryson over cherry shakes in the park. He’s torn between rekindling his past, or starting a new flame. He joins Senona on the actors’ mystery hunt, where the winner received a career-boosting prize.
Who knew the actors’ clue hunt would merge with the kidnapping? Danger escalates during a midsummer night’s dalliance at desolate Loon point.

She’s a headstrong Bostonian.
When proud and beautiful, Chloe Tanner, inherits her family’s famous distillery—she’s determined to save her legacy from looming disaster. Her troubles can be traced back to one man. The man whose very presence is more intoxicating to her than whiskey.
He’s a laid-back Tennessean.
No one disputes handsome Penland Kittrell’s expertise in all things whiskey. But Pen can’t make heads or tails of his new neighbor and business rival; an undeniable attraction tainted by her connections to powerful Eastern moguls and tycoons she moves among.
Passions ignite between Chloe and Pen in this deadly tangle against revenuers, moonshiners, and robber barons who all try and come between them and their whiskey where the real gold is amber nectar. Are they willing to lose their hearts to each other in this gilded age whiskey war they both want to win?

All Darrell Henshaw wanted was to enjoy his honeymoon with his beautiful wife, Erin, in the charming town of Crystal River on the sunny Gulf Coast of Florida. But his carefully laid plans go sideways when they discover a hidden painting of two young Latino children, which turns out to be haunted. Is Darrell willing to derail their entire honeymoon in this perfect, quiet corner of the world to unravel the mystery of the children’s deaths?

After killing a demon and saving the modern world, paranormal cleanser Vivien Kelly only has three days till Christmas. She scrambles to buy gifts, grocery shop for holiday feasts, and get a Christmas tree. She’s on track when suddenly, her young friend Josh calls the wrath of Krampus, the Christmas demon.

Can Vivien buy gifts, cook Christmas dinner, decorate the tree, and also save Josh before Krampus drags him to an eternal hell? Vivien must call upon the most frightening goddess of all for help—Hel, goddess of the underworld.

Finding love is the last thing Skye Layton expects when she leaves her beachfront haven bound for a wedding in California. Senator Gabe Hartley impetuously steals a kiss at their first meeting and then increasingly steals her heart. Skye can’t surrender completely to Gabe’s charm while safeguarding her role as the most powerful Sister of the Legend in her generation.

SUPER AUTHOR = R.E.A.L. Authorpreneur(Relevant . Entrepreneurial . Action-Oriented . Literary-Focused)Each chapter of this sensational, reality-based literary series depicts a behind-the-scene episode of the remarkable authors who have mastered the perils of publishing.If you are an author or aspiring author this “tell-all” book will more than adequately equip you for SUPER AUTHOR status.

Carl Dawson finds himself in a Georgia prison with only one way out – get Madeline Talbut, the viperous ice princess and his childhood nemesis, home to Pike’s Run, or lose a year of his life in jail. He takes the deal and finds her playing hostess on a magnificent showboat.

Madeline Talbut has a past she’d like to forget, and she can do that while taking care of the guests aboard the Princess. But, as she sails the mighty Mississippi, a newcomer infiltrates her space, shaking up her heart, awakening the desire she’d thought dormant and reminding her that the past must be dealt with.

Carl learns there is more to Madeline than he’d once thought, and she’s becoming more important to him than he wants. But he must hide his identity from her, or she might not return to Texas and all the pain it holds. And, even worse, if she discovers who Carl really is, he might lose her. Forever.

Officer Bob Carson, a rookie police officer in a small California town, discovers a young woman’s body minutes after her murder, and he might have seen the truck involved in the incident. The case becomes an obsession, with Bob wondering if he could have prevented the brutal crime. He follows clues wherever he can find them, even as he advances his career with other police agencies.
When a similar case happens in California, as well as others around the country, Bob identifies a suspect – a long-haul trucker. As he closes in, the suspect vanishes and another trucker similar in appearance is murdered. Bob knows this cannot be a coincidence. The trail leads to a showdown on a rainy day in Portland, Oregon. But can Bob bring the cold-blooded killer to justice and wrap up the case that has haunted him for years?

When an injury ends Niall McEvoy’s pro football career, he retires to his hometown of Tagelus Bay to recuperate and make plans for the next chapter of his life. The one person who’s always understood him best still lives there, but it’ll take more than the glitter of his championship rings to convince Aria to forgive his betrayal and give him a second chance.

A widow, Aria MacBride believed a home in Tagelus Bay near family would be the perfect place to raise her son, Jake. But when Niall returns and she runs into him at the school campus where they first met and fell in love, old feelings she’d locked away rekindle. He abandoned her once for his career. This time she has even more at risk. Can she trust him with her heart again, and this time, with her son’s as well? A life with the one man she’s always loved hangs in the balance. 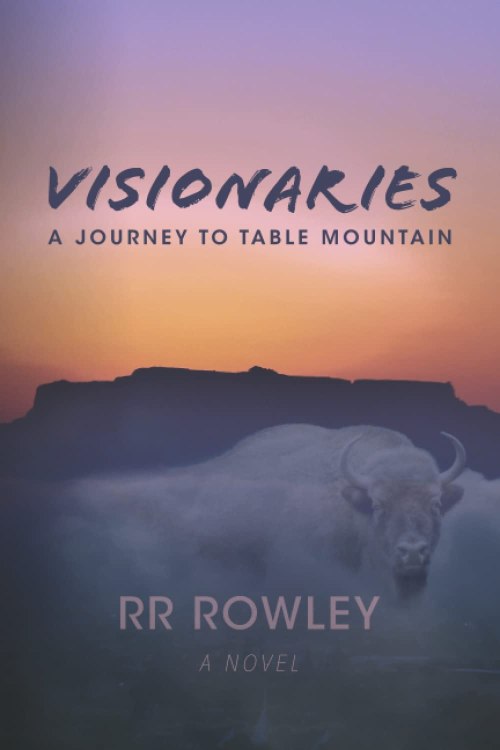 After dropping out in the 1960s, idealistic Mac McKenna embarks on a rollicking journey, commune hopping from Laguna Beach, California, to the mountains of Washington State. But, despite the high times, not all was a smooth ride. Mac takes his lumps from shattered love, dashed expectations, dangerous rednecks, and the law.
When he joins a gang of ‘rough around the edges ‘ Visionaries at a commune in the North Cascades, the mythical backstory of the roots of the Rainbow Family begins. Wilderness valley searches and a cosmic trek on an old volcano morph to The Vortex Biodegradable Festival of Life in 1970. From there, with new members, a ‘back to the land’ communal experiment takes them further.
A vision of unity inspires plans for a National Gathering held in the mountains of Colorado in July of 1972. The focus is a massive circle for peace, love, and returning to harmony with Mother Earth. However, for the people to prevail, they must first confront all manner of government and police obstructions and hostilities.

A job seeking former Army Ranger, hot and tired from his long drive, stops for the night at a Las Vegas Motel. He wants a beer. Across the wide street an all-night market beckons him. Looking both ways he starts to run and is immediately struck by an unseen object hurling him high in the air and dropping him to the ground with a mind-numbing thud. He’s dragged to safety by a large, verbally complaining, furry black dog. David Manning’s life is changed from that moment forward.

He enters a world known to only a handful of Americans, and a few others. “Area 51” “No Trespassing” “Deadly Force May Be Used”

He is recruited to save the country from treacherous extremists who want to overthrow the current government and rule the country as a dictatorship. Manning has an improbable consortium of team members to assist him in the daunting task of saving democracy.

RJ Waters writes his stories from his background and experiences with a liberal dose of sarcasm, humor, and a vivid imagination, He lives in Las Vegas with his wife Penny and his faithful hound Rose.

And check out these spooky, Friday the 13th short stories