Please help me welcome author Cara Bertoia with the moments that changed her life, and her latest release, Casino Queen.

10 Moments That Changed My Life

When I saw this blog post suggestion, I found it intriguing. Could I distill my life into ten moments that changed my life? I found it quite the challenge and I love challenges.

Manager Caroline Popov’s job is to clean up the Night Hawk. In the process her list of enemies grows. With her life on the line, can she pull out a win.

“Why did I transfer you up from Palm Springs to be my Casino Queen?” The charismatic Tribal Chairman John Tovar asked.

“Casino Queen, really? Apparently, you are the only person in America who isn’t watching the show about the seven kingdoms on cable. The queens always get killed in the most horrific ways. They are hanged, beheaded, poisoned, burned alive in an explosion, or have their throat slit,” an exasperated Caroline Popov answered.

“I promise that won’t happen to you.” He gestured for her to take a seat at an empty ‘Mystic Mermaid’ slot machine, then sat across from her. They swiveled their

chairs to face each other. John tried to act serious, but a smile kept pulling at the corner of his eyes. “According to the Mazurie decision, Native American tribes are considered sovereign nations. Therefore as leader of the tribe, I am King of the Shotowa.”

He continued. “Believe me, when I met the Queen of England I was introduced as the leader of the Shotowa nation. Let me be clear, as soon as you drove into this parking lot you entered the nation.” He gestured toward the uniformed officers standing at the door. “We have our own army.”

She decided to play along with the flow of his logic. “You mean security guards.”

“Precisely, trained courtesy of the United States Marine Corps. The tribe issues its own currency, gaming chips made of ceramic clay, stamped with our logo. At the cashiers’ cage, our central bank, those chips can be exchanged for U.S. dollars. Anyone can find food in our three restaurants or the team member dining room for employees. An underground well supplies us with water. We provide hotel rooms for shelter. Any guest who comes to stay with us will find their basic human needs covered by the Shotowa Tribe. Never forget we are a sovereign nation. I am the King, and I anoint you Queen of the Night Hawk.” 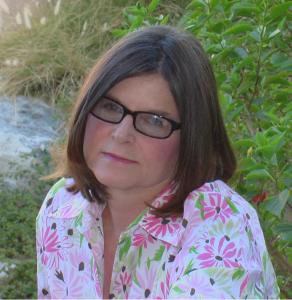 Cara Bertoia grew up in a strait-laced Southern family, but she was always fascinated with casinos. In her twenties on a summer hiatus from teaching in North Carolina, she drove to California and became a dealer at Caesars in Lake Tahoe. She discovered that after teaching high school, handling an unruly gambler was a piece of cake. Her mother highly disapproved of her working in a casino, “a place so bad it has ‘sin’ in the middle.”

Eventually, she succumbed to pressure from the family and returned east to take a hi-tech job in Boston. She also began working on her MFA in writing at Emerson. Her goal was to write the first realistic novel about casino life from the perspective of an experienced table games dealer. She is always amazed that normal and sometimes quite intelligent players become absolutely clueless in the casino. They repeat superstitious nonsense and no amount of logic can change their position, maybe her novel will.

While in Boston she was offered the opportunity to join Princess Cruises as a croupier. Jumping at the chance, she spent the next five years circling the globe. Sometimes life exceeds your dreams. She was awed by the wonders of Venice, the fjords of Norway, and the Northern Lights in St. Petersburg.

Cara returned from ships with a very special souvenir, her Scottish husband Ray. They went to work at the Spa Casino in Palm Springs, and now live in Hollywood, Florida, where she writes about her casino years while wistfully gazing out at the ocean.

I love to connect with my readers. Please send me a picture with Casino Queen. I will post those pictures to my social media.