(Book 1 in the anthology is by Dyann Love Barr. Book 3 is by Claire Ashgrove. They are connected but are all ‘stand alone’)

The last thing Heath King wants is to return to Kansas City for the holidays. Being in his home town holds too many bad memories, and now there are new bad memories in the making, among them a sister he never knew about–proof that his father was unfaithful. But the most difficult thing he’ll face is running into Nicolette, his best friend’s widow—the woman he’s loved since the day he met her.

Before Nicolette Morgan has time to fully grieve over her husband’s death, a blackmailer enters the picture, demanding she pay him or he’ll ruin the lives of everyone she loves. Nicolette sees no way out until she unexpectedly encounters Heath King. When she turns to him for help, old feelings are rekindled and she realizes she never stopped wanting him.

As Christmas approaches, Heath must find a way to stop the blackmailer…but can he also rescue the love he lost fifteen years ago? 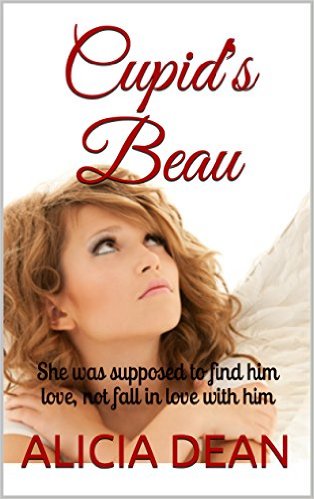 Ivy Pierce is a Cupid who prides herself on doing her job well. Except when it comes to a certain human male, Grant Crawford. Although she doesn’t understand why, each time she’s supposed to shoot her arrow into his heart, her stomach hurts, her chest hurts, and she feels….sad. Cupids are never sad.

Humans who are not looking for love only get three chances to find it. And after Ivy sabotages Grant’s last chance, her boss, Aphrodite, sends her to earth to right her wrong. She has until Valentine’s Day to help him find his soul mate.

But the more she’s around him, the more she wants him for herself, even though she knows that can never be. A Cupid and a human? Unheard of.

As V-Day draws closer, can she sacrifice her own happiness to help the man she loves find his?